xcode: same old ubase/config.h not found error as others have had

[Album] Xcode is not happy 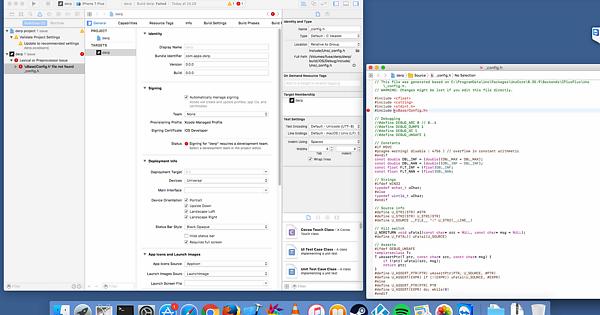 Thanks for the detailed report.

Does it work if you create or copy the app to the Mac harddrive, uno clean, and uno build again? I don’t think the Fuse build products (i.e. the Xcode project in this case) are portable across different operating systems since they use installation-specific paths to headers and libraries.

If I remember correctly the old issue was due to a problem with how Fuse detects when it needs to download its dependencies. If my hunch is right, this is not the same problem even though the error is the same.

Let us know if the above helps!

But ok, I will try to install Fuse on the Mac and see where that gets me - thanks!