I can’t use fuse local build because every time I compile I get an unexpected error which I have described in another thread:
https://www.fusetools.com/community/forums/bug_reports/cannot_preview_projects_on_windows_8?page=1

but when trying to run on device, having everything installed and getting no Error by “Fuse install android” command
still I get an error Which in one line it is expecting a jar file in an invalid windows address!!!
Seriously has anybody ever tested this on windows?! 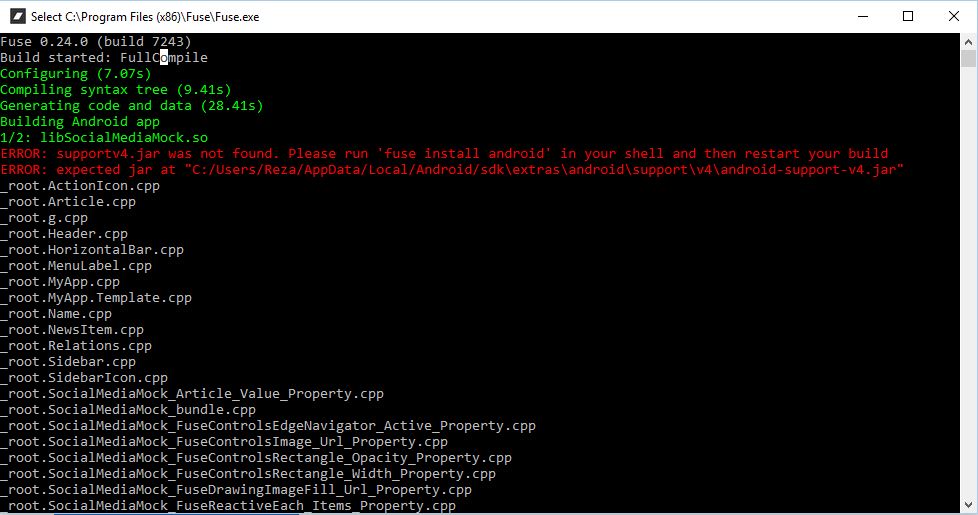 Ok, problem solved!, Android studio changes the SDK directory and fusetools use that location not the one defined in Environment variables, changing the SDK location and copying the contents into the new location created by android studio solved the issue, after that I had to update Android support library an then everything works !

Good to hear it worked out