Problem with live preview on Android

i have little problem with live preview on my Samsung Galaxy xCover2, some screens to make problem clear: 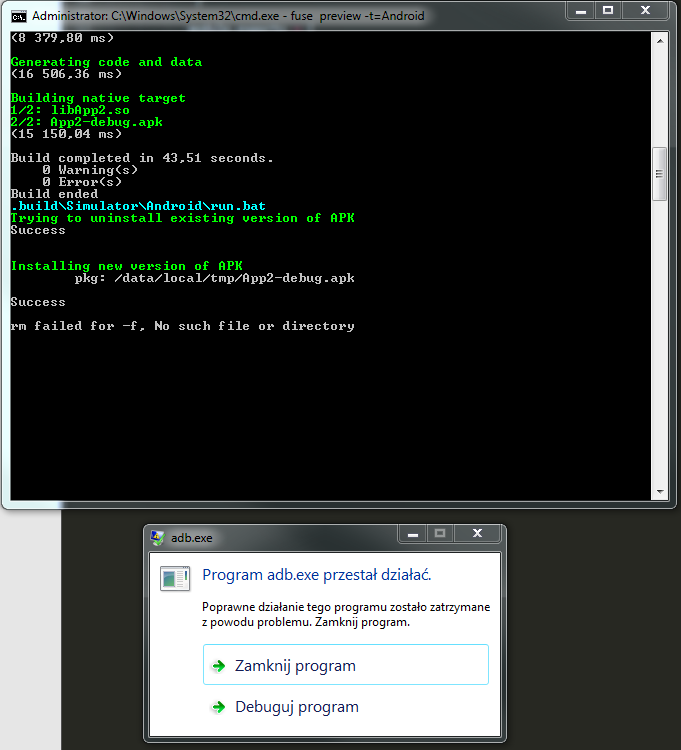 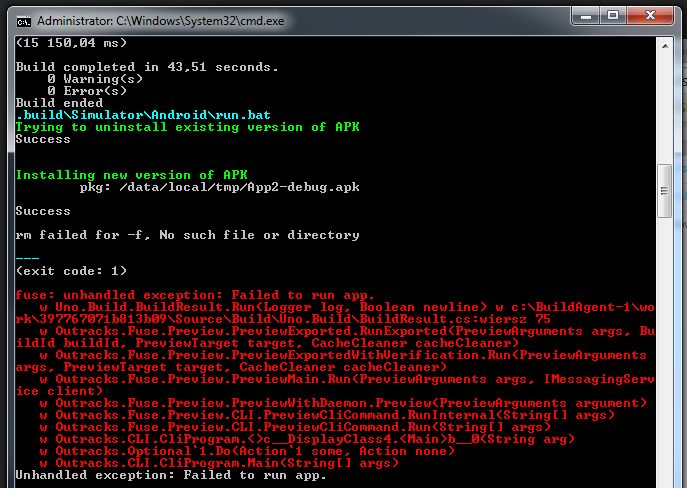 I reinstall USB drivers, android SDK and NDK, add to path platform-tools and nothing can resolve this problem.

Anybody have any tips how to fix this issue ?

Wow, that’s quite strange. We’ve only seen this (e.g. adb crashing) before when there’s been issues in the firmware of the device itself. (We had a galaxy s6 that would only work properly for debugging after a firmware upgrade).

Does this happen for any project or just one specific?

Have you successfully used the same device for development before?

Also, could you try to just install the app manually? Just chose “Open in Command Prompt” from the Fuse dashboard and then do %programdata%\Uno\SDKs\AndroidSDK\platform-tools\adb.exe install -r .build\Simulator\Android\bin\App2-debug.apk

Before i start working with fuse i install this drivers: http://developer.samsung.com/technical-doc/view.do?v=T000000117 without any additional application.

I have this issue on example app from fusetools.com and new created. Before fuse i was working on cordova/phonegap and works fine on my phone. To have sure, my collague borrow me his Samsung Galaxy S5 Neo. Here result: 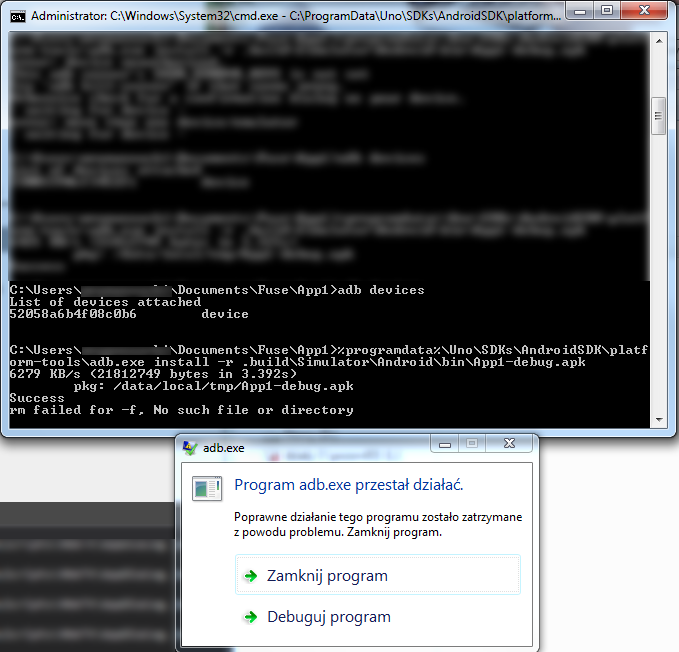 What i see on phone i got new application call “App1 (preview)”, after open it, i have failed to connect message.

This might be a longshot but could you try to open up the task manager and kill any running adb processes first and then start a new fuse preview (just do fuse preview -t=android inside the project directory).

There could be some collision between the adb version(s) you already have installed and the ones used by Fuse.

Note: The “failed to connect” message, that is expected when you start a preview app without having the fuse daemon running on the development PC. If you start the preview from the PC then this will be handled automatically.

I kill one adb procces before preview, here screenshot after fuse preview -t=android 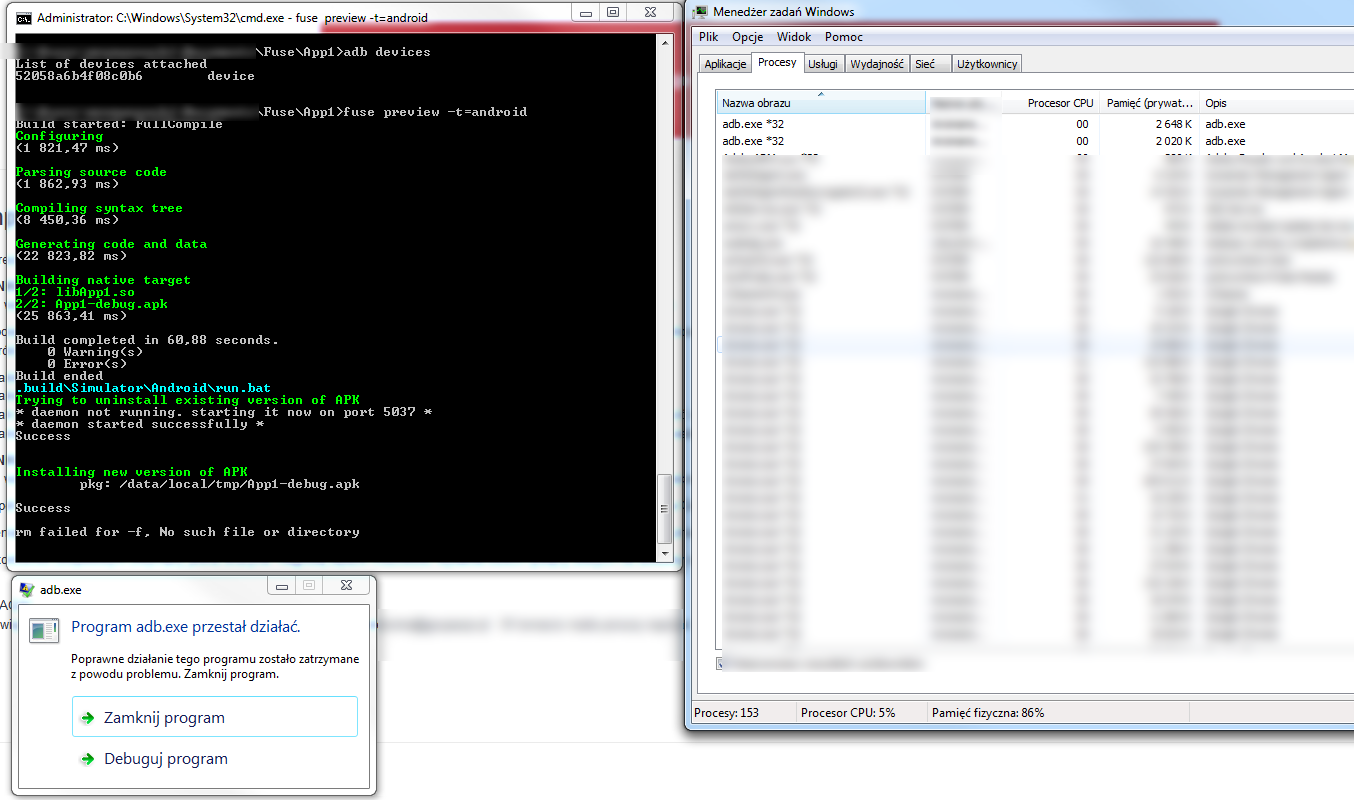 Well, if you do not have other ideas, i’ll check this USB cable and phone on other computer.

Just a quick question, did you kill the adb process after you did adb devices?
Basically: 1) connect phone with cable, 2) kill adb processes, 3) do preview (without having started the adb you have in path )

And yes, yould be great if you could test the phone & cable on another computer as well.