Something goes wrong with the path of the image! I don’t know from where this / came! How can I solve that ? 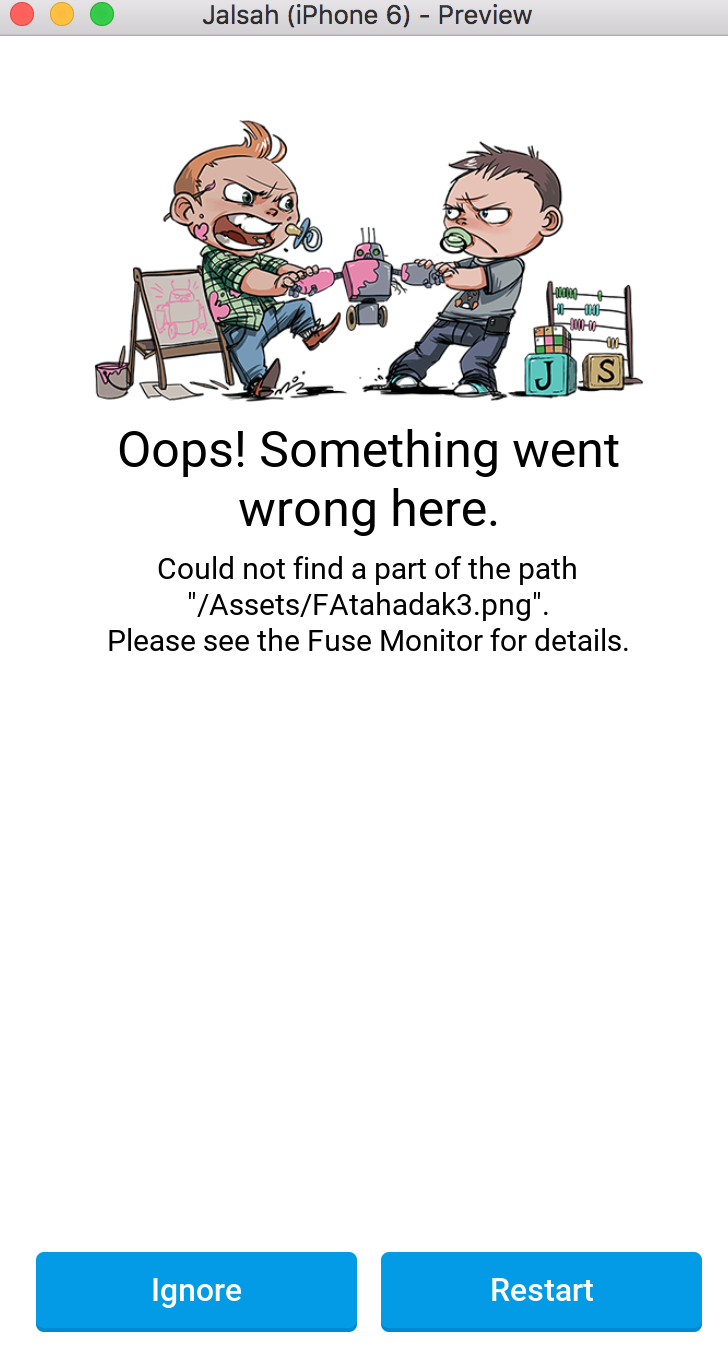 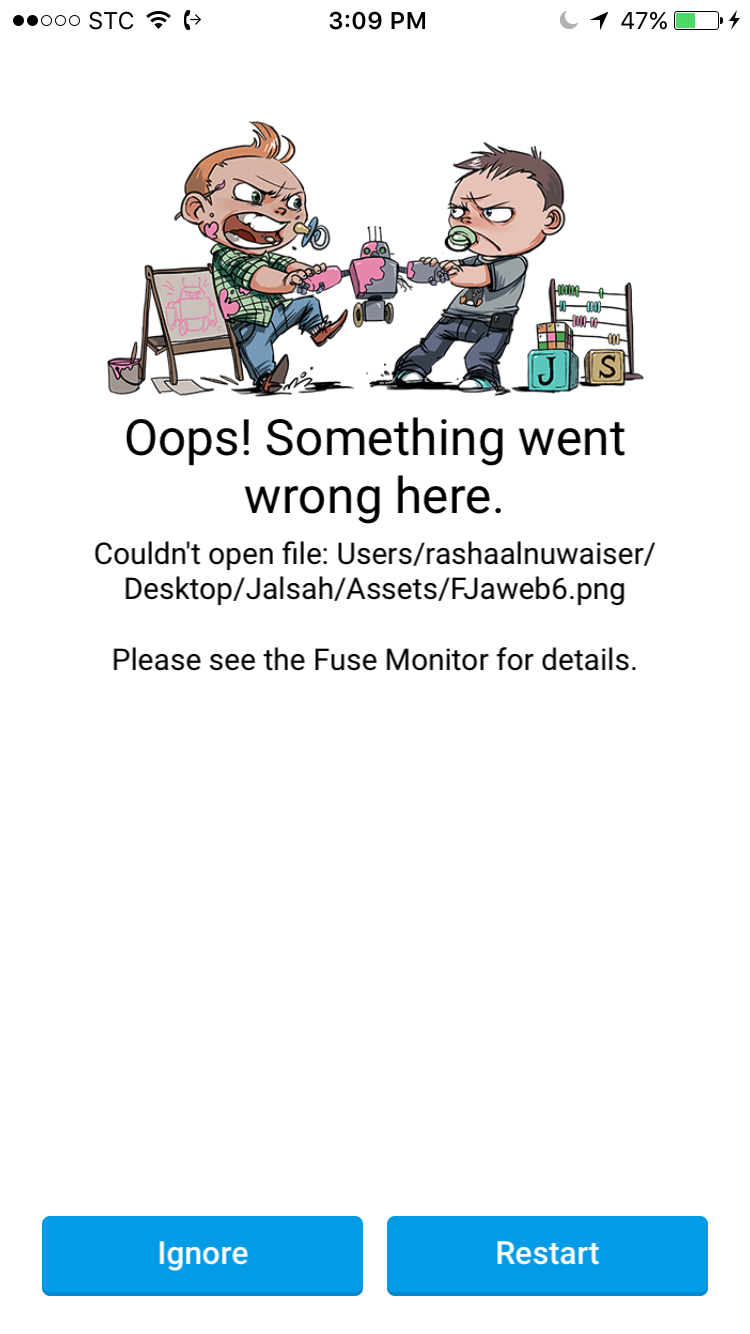 I don’t know how can I add it ? in which part and what is the format ?

You need a comma between.

1- when I used this code 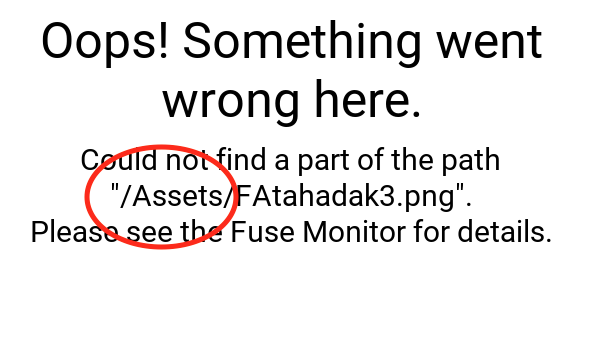 Thank you it works now , but how about the second one

the images not apeared in IOS preview

Alexa: it is a bit unclear to me whether your issue was resolved or not. if not, can you please describe the problem that remains?

I do have tow issues related to image path one of them is resolved. The one that not resolved yet, it is when I pressed the button to have an image it is appeared on local preview but it did not works on the IOS preview (on my Iphone) and this error showed on my Iphone

and here is the Fuse monitor 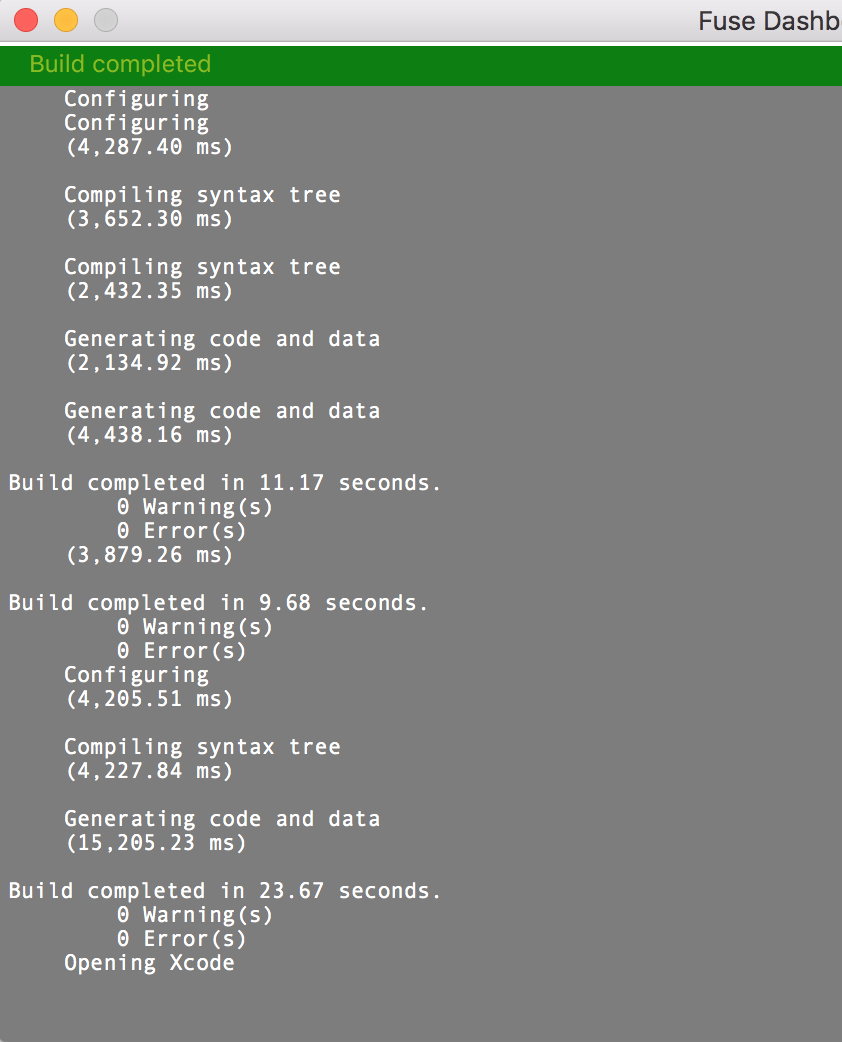 Thank you for usual support.

Are you pointing to a file on your desktop? Unless the file is declared as :Bundle in your .unoproj, device preview won’t find it.

The app code files and the file that I want to open in my desktop and still I’m not able to open it … Also the file “Assets” is declared as :Bundle in my .unoproj. 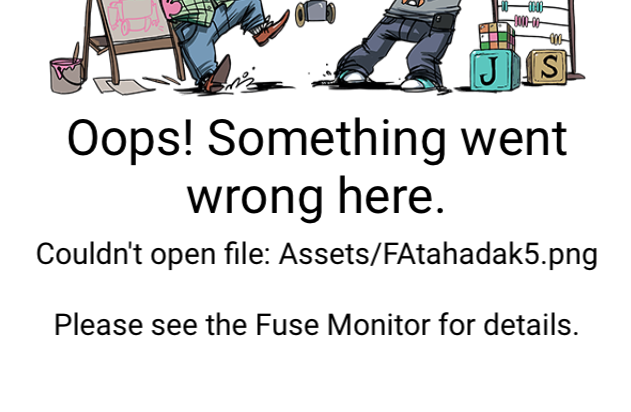 Can you please zip up your entire project and upload it to https://www.dropbox.com/request/ZgndLtJQm5eGzG9cicGK? Then it will be easier for us to tell you exactly what’s wrong. Files uploaded to that url can only be read by the Fuse team.