How-to exclude files from being packaged and build, e.g. folders like “.idea” and “.ds_store” ?

We don’t have an exclude-feature per se, but you can go into your .unoproj and replace the Include: "*" with more granuarly including the files and folders you actually want to include

Thank you for your response, however despite making the includes explicit, it still includes everything else e.g. “.idea” directories, which naturally is not intended.

It shouldn’t. Of course you also need to remove the “*”. If it doesn’t work, can yo show us your complete unoproj?

Contents of the project file

Output on the fs 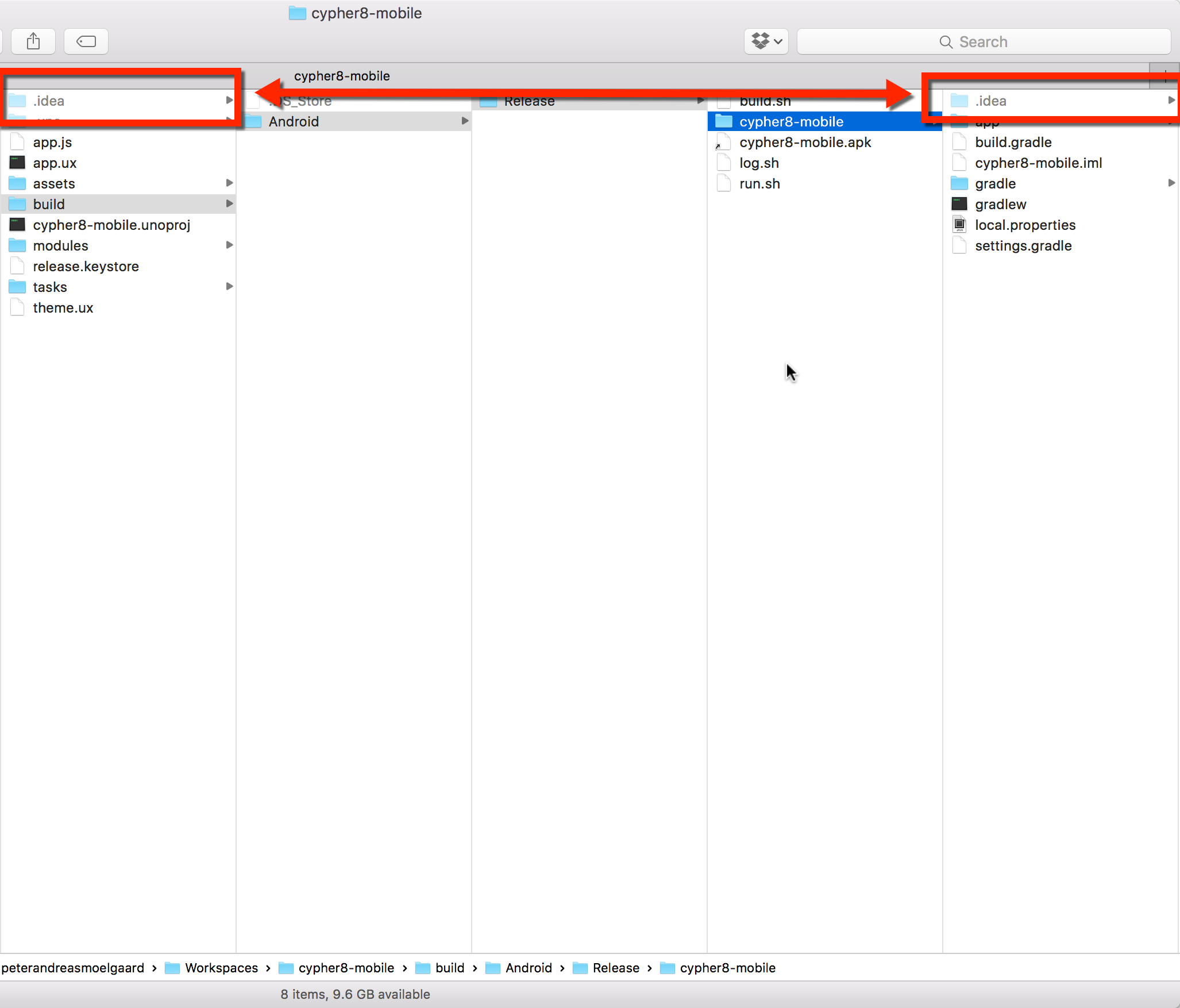 I just remembered reading something about this, and went back to the very beginning… https://www.fusetools.com/learn/fuse… and came across the paragraph below… however, being a long shot, it also didn’t yield any result.

Sublime Text projects When you drop a folder into Sublime Text 3, it will by default search through all files in all subfolders. When building a Fuse project, this isn’t always what you want.

If you create a file called ProjectName.sublime-project, you can drop this into it to make it ignore the .uno and build directories:

In other words: while something strange is going on it doesn’t seem like Fuse is actually bundling the files. Can you check whether this is the case for you as well?

Actually, it seems like the Android build contains an .idea folder regardless of what you place in the project directory and that this is completely unrelated.

Yes, I just did a similar experiment, removing the folder entirely, and then see if would appear, and it does, so I suppose this is intrinsic to Android in this context, however it’s odd since .idea is with respect to JetBrains and not to Android… somewhat odd, however for now I believe it’s safe to just ignore the folder…