Some of the users that are downloading my App report that the app won’t install or simply won’t run. These users have Android 8 and the issue seems to happend only on version 8.

Android Studios’s emulator reports INSTALL_FAILED_NO_MATCHING_ABIS. After some research it seems that this happens on x86 devices.

but I don’t have a real Android 8 device to test with.

Our build system has support for x86_64, but our default JavaScript engine, the V8 engine, is missing binaries for x86_64. In any case x86 should work, so removing x86_64 from the list should make your build succeed.

It might also work to use the JavaScriptCore engine instead because I think JSC provides binaries for all Android ABIs.

and try it into the emulator I still get INSTALL_FAILED_NO_MATCHING_ABIS.

And if I upload it on Google Store, when it is examined I still get the 64Bit warning that from August the 1st 2019 all APKs must support 64bit and the 1st of August is really near.

Only arm64-v8a (and probably armeabi-v7a for backwards compatibility) should be enough to satisfy the new Google Store 64-bit policy, though.

Do you really need all the architectures?

If you unzip your APK and look in the lib/ directory, you can see which ABIs it contains.

The screenshot below is from one of my apps built using default unoproj settings (armeabi-v7a and arm64-v8a). 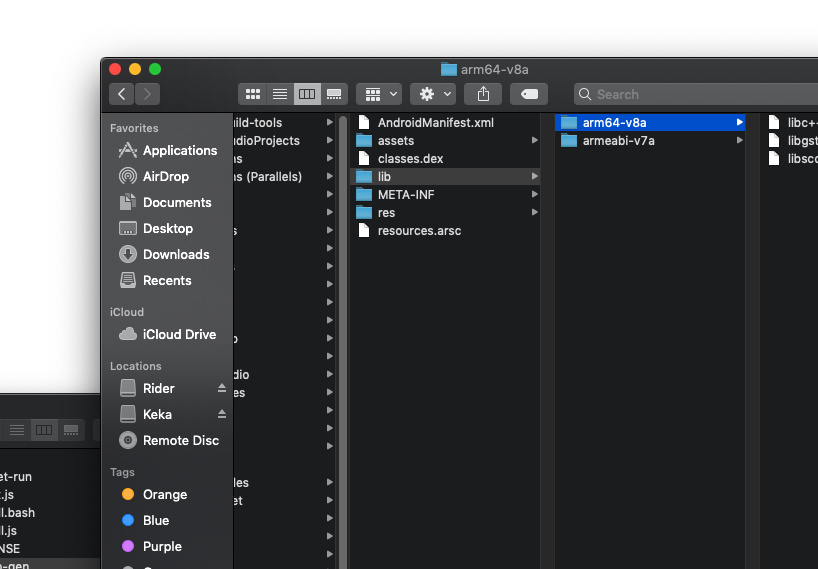 Android crash when show some image