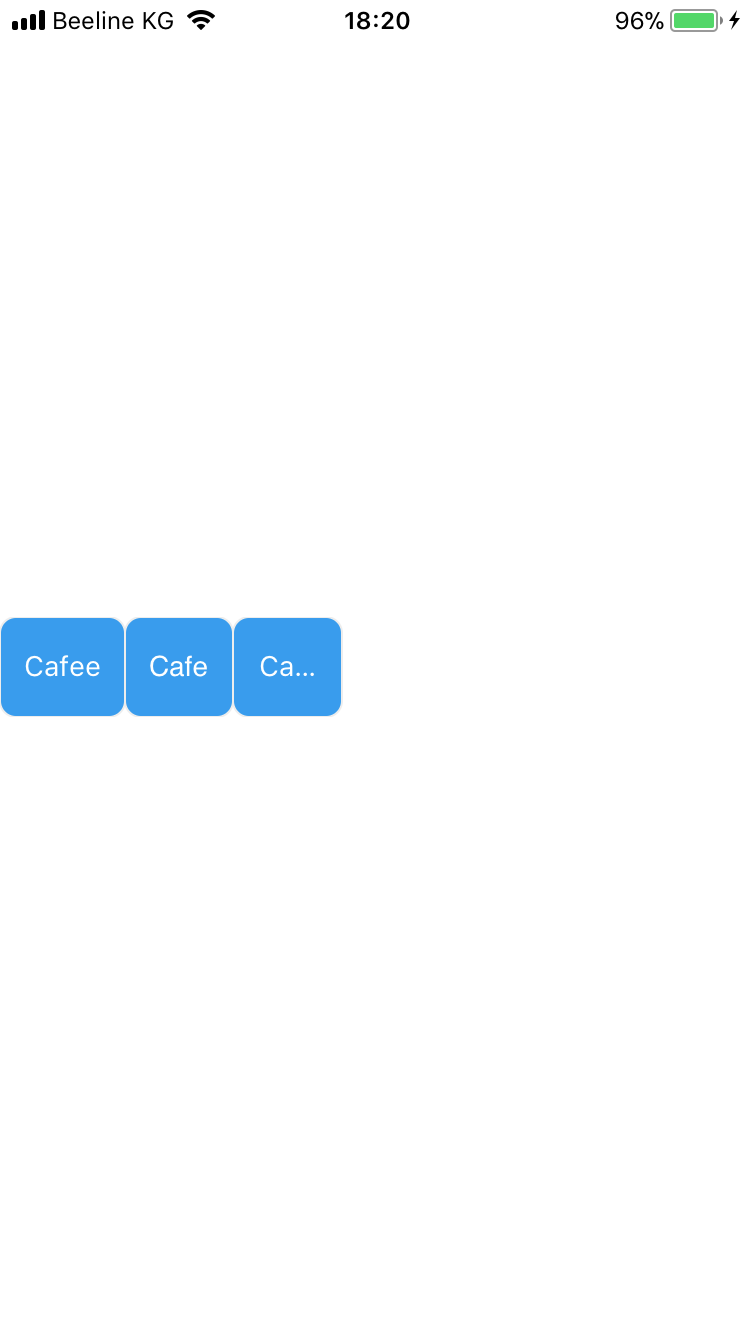 Tried to test, but I’m getting an error about the font file being an unsupported format. I’d stop at that.

The ellipse is added automatically on mobile targets when text doesn’t fit inside of the parent container. Since in your case the text is what should be pushing the parent boundaries, we can conclude that the bounding box for the Text element is calculated incorrectly (or too early, perhaps?), and that’s likely because of the exotic font you’re using.

Unfortunately I don’t think there’s much we can do at this point, so you’ll need to use the padding-workaround you found.