In the latest (as of writing this) Fuse 1.0.2, I have been trying to install android components in a Windows 10 laptop.

I tried using the built-in command fuse install android, but the following errors are displayed: 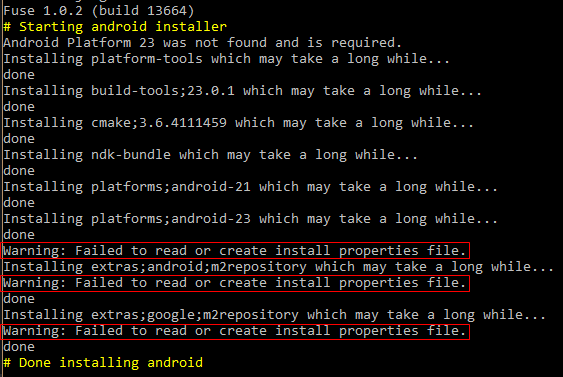 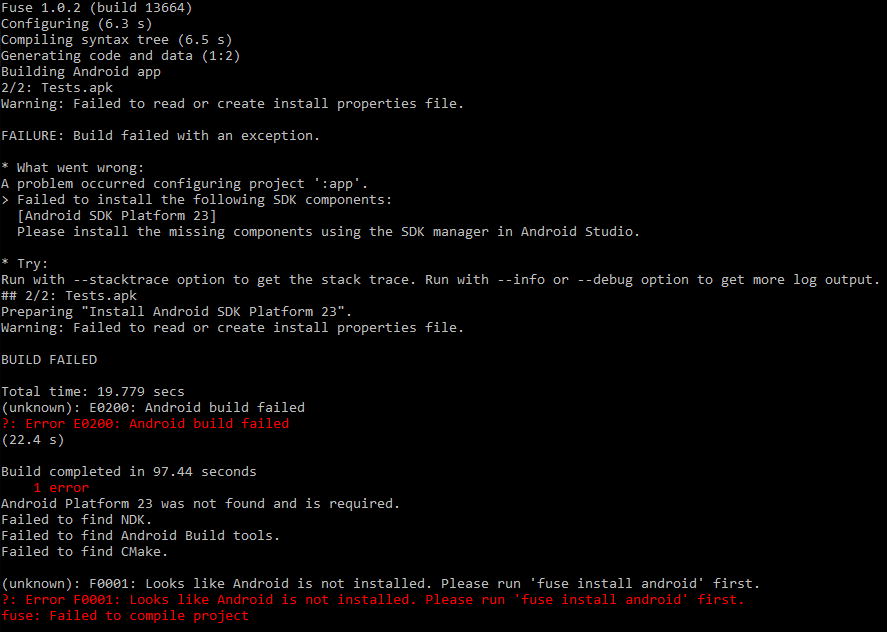 Any ideas on what could be going wrong?

Where is the Android SDK located? Also, did you run Android Studio in elevated mode (with administrator)?

Hey Emil,
Android SDK was installed in AppData\Local\Android\sdk.
And no, I didn’t run Android Studio in admin mode.

I see, this warning, which should’ve been an error is reported by Google’s package installer. Some Android Studio users have hit this problem before, so I think your best bet is to follow their approach of fixing it.