android build fail with this in the console 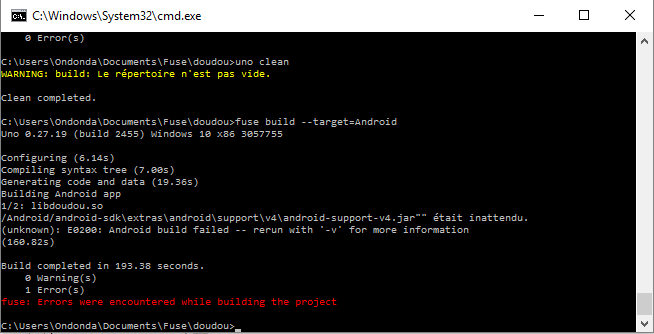 Did you remember to run fuse install android ?

there is no way to downgrade the fuse version? i have reinstall fuse , i run into the same issue

This is most likely the same issue that’s mentioned here: https://www.fusetools.com/community/forums/bug_reports/android_build_fail_on_windows_10_fuse_v0123 We’re working on a fix for it.

This issue has been fixed in Fuse 0.12.4, which is scheduled to be released early this week.