When trying to config Push Notifications on my app I get no console.log message from registrationSucceeded or error, I’m running on view, not on real android device or emulator.

Here is my code 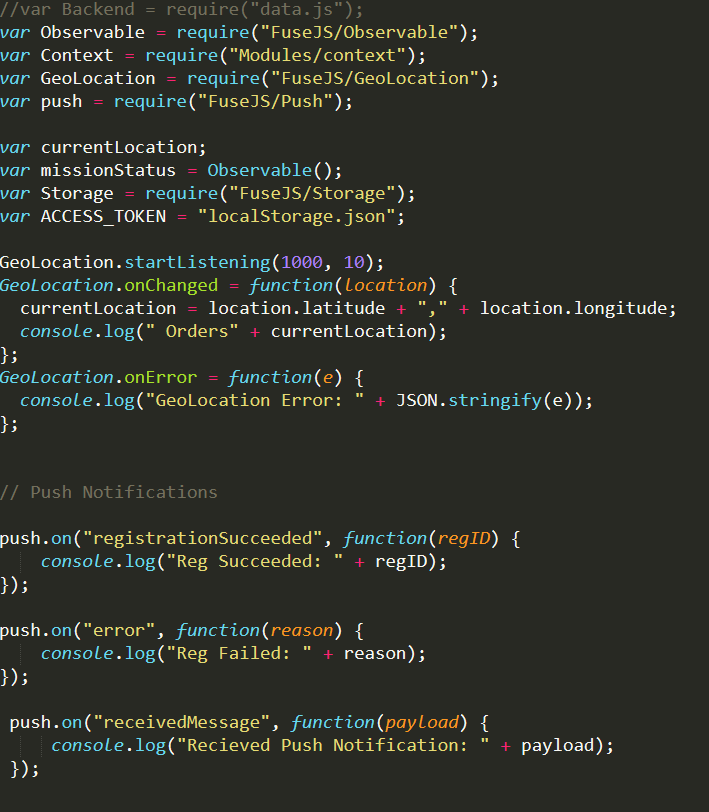 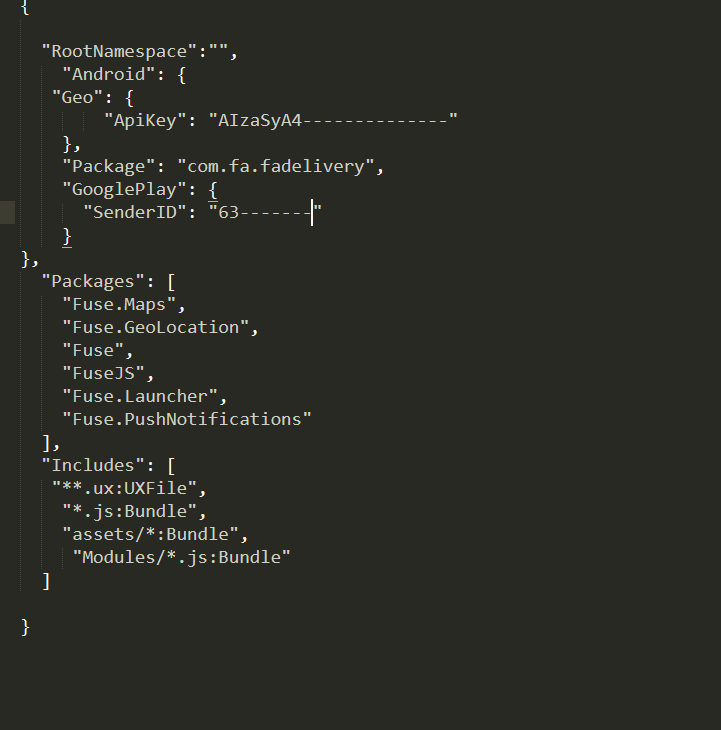 Yes, that is because you need a real device to test push notifications.

Thank you, but console.log doesn’t print anything ?

Yeah, on Android Oreo+, the console.logs are not working on terminal for an export, I think it works for an exported preview but I haven’t tested push that way to say, its something that needs to be looked into but you can use the interface to see your data in the meantime, here’s my basic test app UX you can use:

Btw, the current push notifications that comes with fuse uses the old GCM way of receiving push notifications which will end in April and you won’t be able to receive notifications on newer androids because you need to specify a channel. I’ve got an updated version of push that uses FCM here and has default settings: https://github.com/fuse-open/fuselibs/pull/1220

I tested on real device and the regID is printed on the text filed but when i send notification from Fire-base the notification doesn’t appear on the device.

That will be due to the payload structure sent, here’s the format that needs to be sent at a minimum:

You can find examples of the other features I added here: https://github.com/fuse-open/fuselibs/blob/1792c481f3b7b7758a03060910b50978c6d35929/Source/Fuse.PushNotifications/Docs/Guide.md#additional-android-push-notification-features

Okay thank for that, but i didn’t understand you correctly, i’m sending the notification form Fir-base Console so where this code should be written? in the console i just fill the filed of the message and Fire-base send the message.

Yeah, you can’t just use the console as it has its own fixed payload structure, you would need to use your own server, see the How does it work? section of Googles firebase cloud messaging, we’re basically talking about the “Trusted Environment”.

If you don’t want to give your credentials, even though they’re dev, then you could use something like a Node.js module to test from your machine: https://www.npmjs.com/package/fcm-node 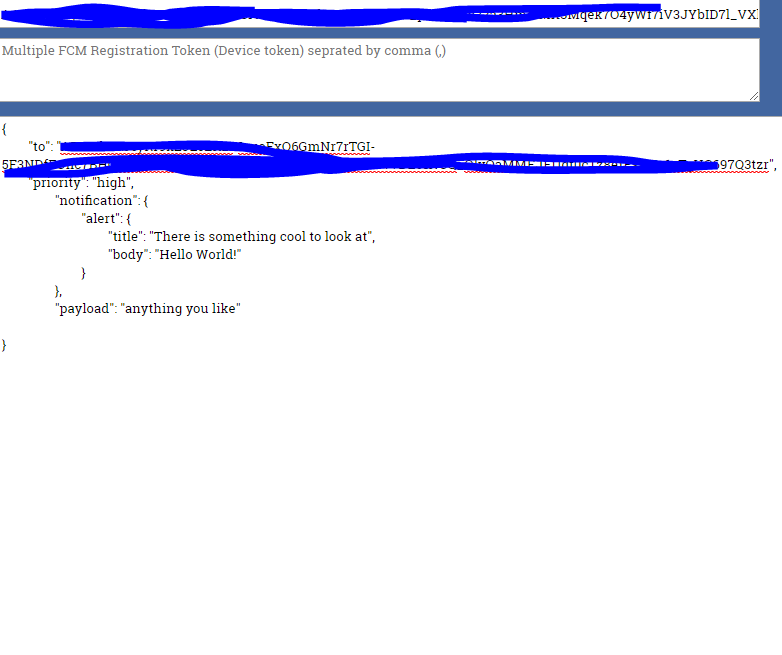 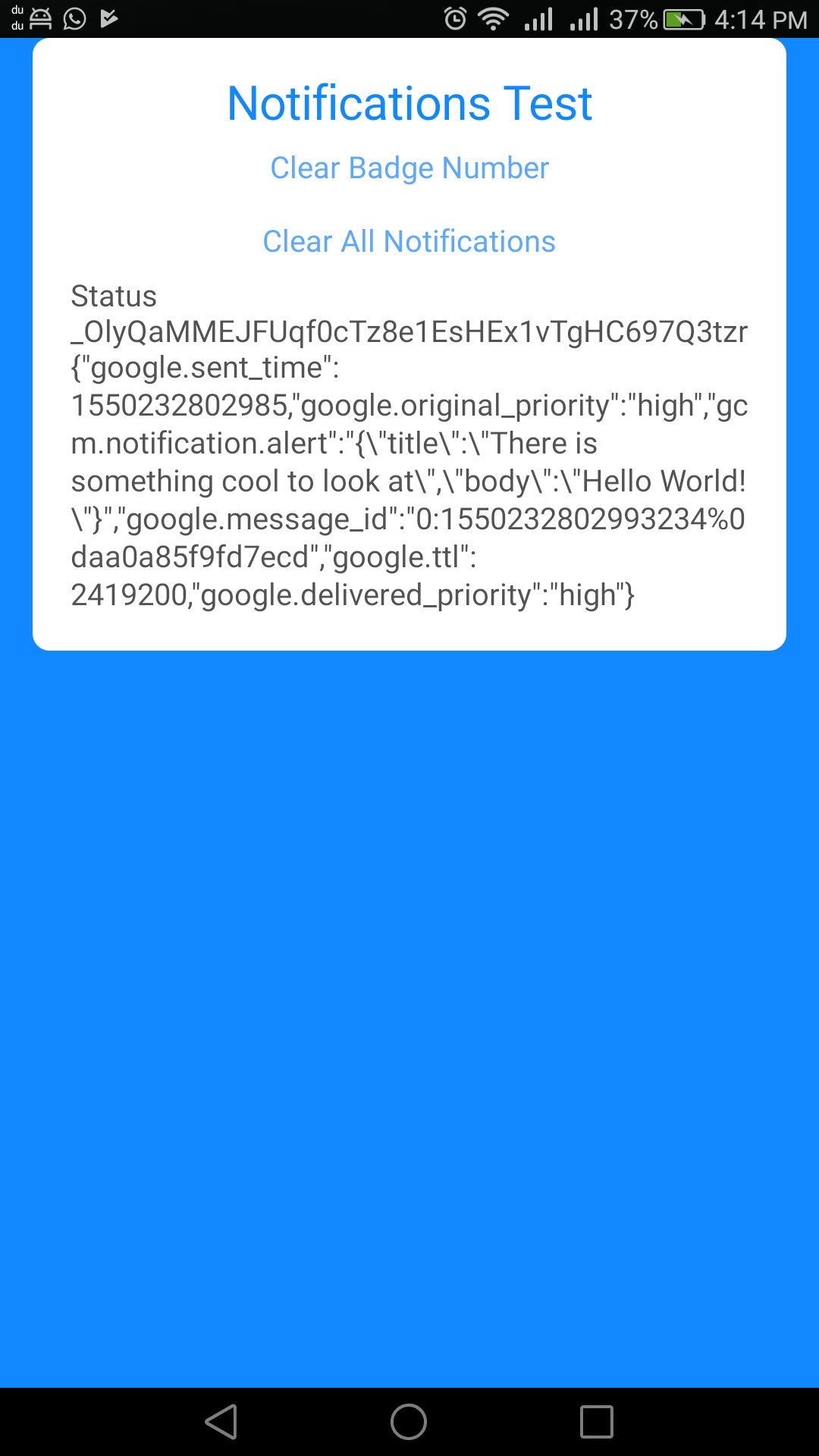 That’s cos you have the app open, you gotta minimize or close the app now before sending the push.

While the app was closed:

How did you check because sound is not on by default for instance, that’s an option you need to set in the payload.

Blockquote Did you pull down your notification bar to see if its there?

Only if the app is minimized

Did you tap your power off, to see the notification appear in the lock screen?

Oh, I just checked your payload again, you’re missing an outer data attribute like this but if its not this, read further below:

It could be that you gotta set the importance level of the notification channel to high importance, the default is set to the “default” value: https://developer.android.com/guide/topics/ui/notifiers/notifications

So like this (I added the notificationPriority for you to experiment with too):

No you shouldn’t have to do that…

Did you delete the app before between each change or test? As the push notification settings for an app are fixed after the first push (unless programmatically or manually changed).

If you didn’t delete before testing again, then the app can still be in a lower importance or priority, you can confirm this in the apps push notifications settings.

I take it its working for you now?