Hello, i recently updated my java JDK to version 1.8.0.102. Today when i tried to preview my app on my android it gave me an error that i don’t have the required Java JDK installed and when i pressed to install it it downloaded the 1.8.0.40 version.

Same thing without changing anything from 0.24.

So could you please try to run fuse install android once more and provide the correct path?

Okay that’s cool but I can’t preview and export to my android phone… it says android build failed and that some android files are missing. Also I tried to open another already installed preview on my device with the same computer but it failed. Everything is the same as with 0.24 build. Is there a way to provide 0.24 build because I really need to test it on android. DEADLINES

Can you please provide the full error message you get when you build?

Also, have you tried to clean the project after you upgraded to 0.25? (Open a terminal, navigate into the project folder and then do uno clean)

Yes i always do UNO clean when i upgrade versions! 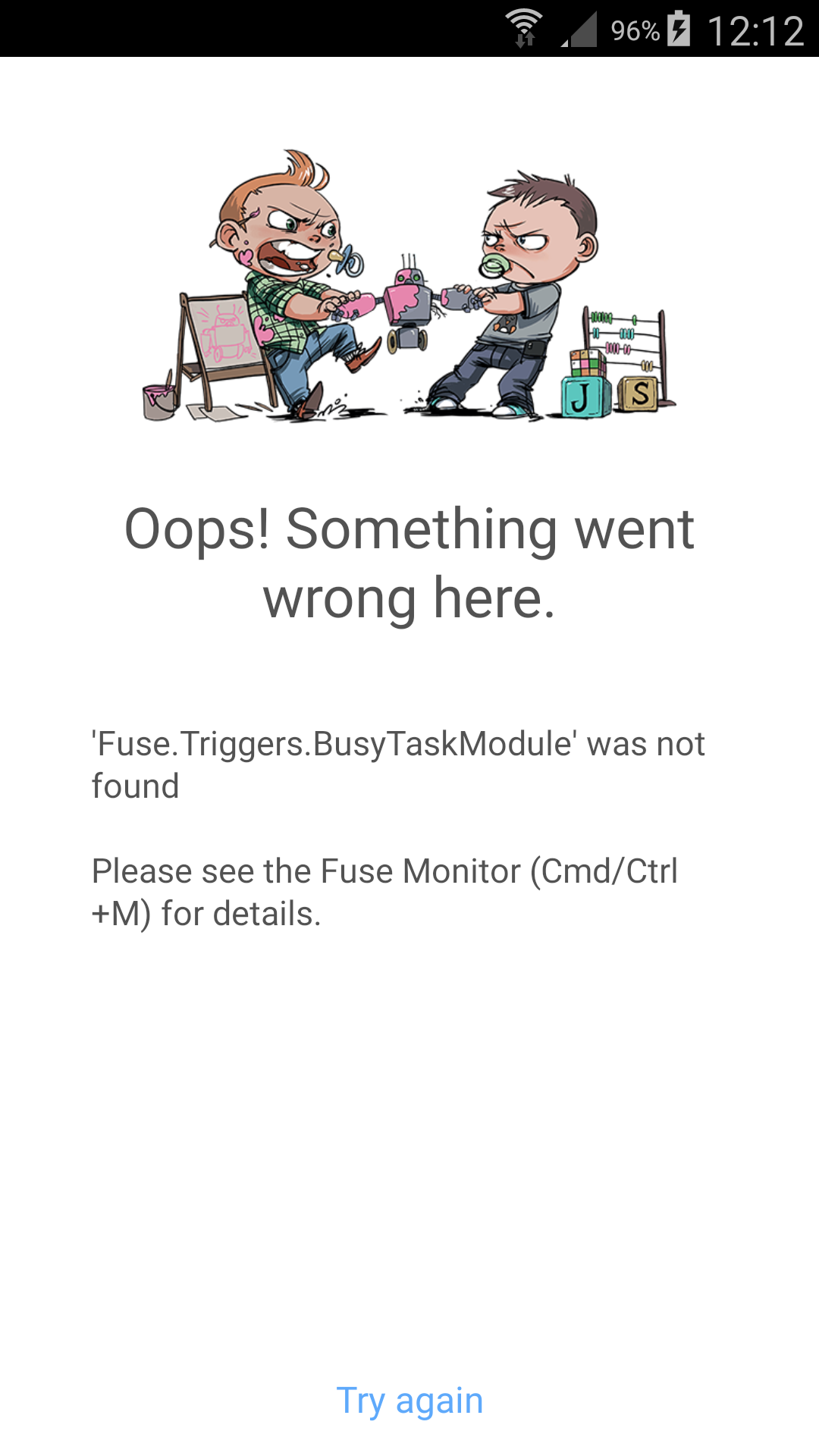 Looks like C\Program Files\Java\jdk1.8.0_73 doesn’t exist. Could you please rerun fuse install android and provide the new path to jdk.

I have already the latest java JDK 1.8.0.102 but the android preview searches for the 0.73 as shown in the error above!

I tried it but even thought it downloaded JSK 0.73 after that it still said that i don’t have JDK installed and to run fuse install.

You wasn’t able to provide a path to fuse install android when JDK wasn’t found?

it didn’t ask me to provide it with the path.

There is a manually approach too, where you change the JDK.Path part in %localappdata%\Fusetools\Fuse\sdkConfig.json to point to the location of an existing JDK installation.

Okay that did the trick thanks.