I was following this tutorial https://www.fusetools.com/docs/native-interop/native-ux-components to build native slider.

Here is the repo: https://github.com/poul-kg/NativeSlider

I was able to see native slider in iOS.

Then I decided to change slider to MapKit map, and see if it will work.

Below is partial example, I’ve added just 2 lines which alloc/init UIView and MKMapView, and this was enough to break the build 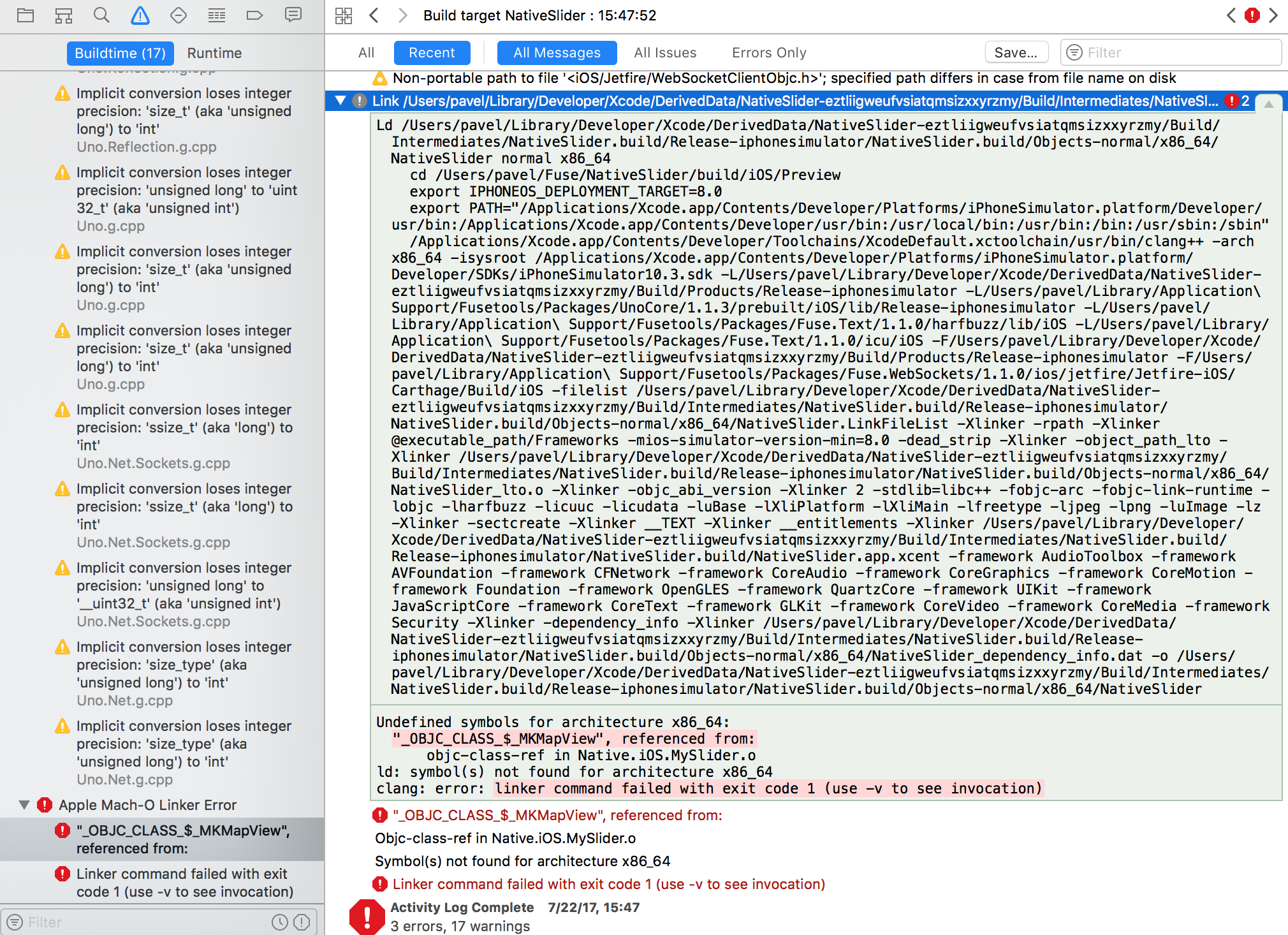 For now fixed by following first answer on StackOverflow: https://stackoverflow.com/questions/19585317/when-added-mapkit-mapkit-h-getting-error-undefined-symbols-for-architecture-i

I wonder if there are any better way of adding required framework rather than doing it manually via XCode?

Sounds like [Require("Xcode.Framework", "yourframeworkname.framework")] would help here. Check out https://www.fusetools.com/docs/native-interop/build-settings#xcode-settings for some info on this and other useful attributes.

I need to manually add Mapbox.framework and select options below: 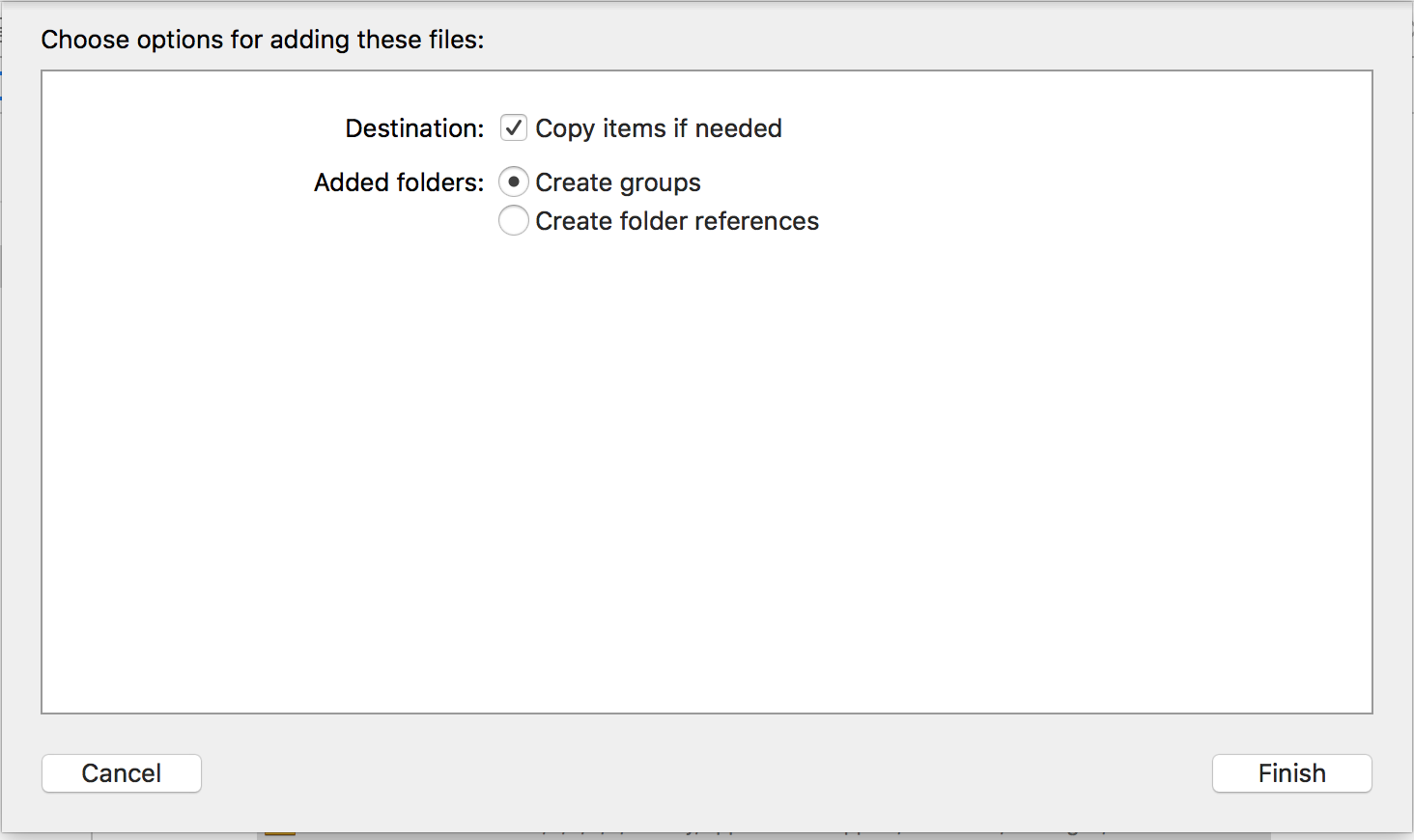 To be honest, given that mapbox is in cocoapods, I’d probably just use that.
You can add a cocoapod dependency to your project with an attribute.

So for mapbox this should do the job:

Your first build with cocoapods will be super slow, as in maybe 15 minutes slow, this is cocoapods not fuse. After that the builds will be back to the usual speed.

I hope this helps