I’m facing some issues with android 7 on samsung galaxy s8. The ClientPanel does not work correctly with the status bar and BottomBarBackground.

When switching between another application and the application made in fuse the BottomBarBackground does not work getting the image of the previous application open.

The fuse creates a black status bar below the true bar status of the device, leaving two status bar in the app.

could you please provide a complete, minimal reproduction that one could copy-paste and run to see the problem in action?

A screen recording or a couple screenshots would help a lot, too.

For simplicity I used the example code: PullToReload

Thanks for the details, an ticket has been logged: https://github.com/fusetools/fuselibs-public/issues/103

In Galaxy S8 Samsung switched the screen 16: 9 to 18.5: 9. When the app does not officially support this screen aspect, it has two black bars, one at the top and one at the bottom of the screen.

There is a configuration in the device that makes it possible to make an automatic correction: Settings -> Display -> Full Screen Apps

This seems to make some applications fuse in the required pattern.

It would be great if Fuse applications supported the design of this new 18: 5: 9 standard released by samsung. For galaxy s are among the most used android devices. 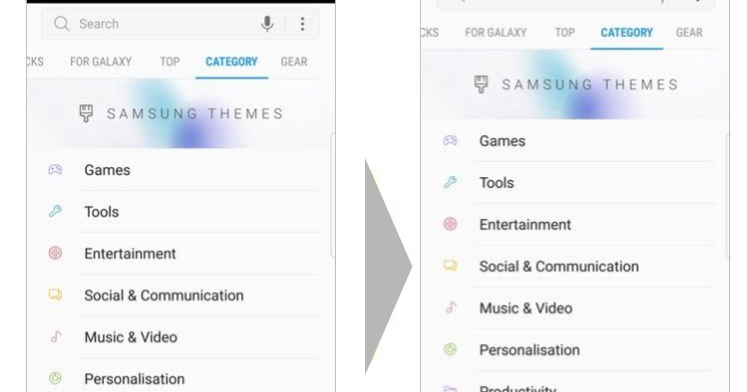 Update your app to take advantage of the larger aspect ratio on new Android...

The latest Android and Google Play news and tips for app and game developers.

Issue can be resolved with meta-data in androidmanifest.xml, related in previous comment and link.

Could you please add your findings to the ticket? https://github.com/fusetools/fuselibs-public/issues/103