I don’t know if it has anything to do with the caret-at-the-end-of-input bug fix, but as of 0.21 I can neither move the caret inside a TextView (usually achieved by holding your finger to the screen for a while then moving it) nor select a portion of text, to cut or copy it (although I suspect this is a result of the first issue).

Is this target specific or is it happening in preview and on device?

Actually scratch that, I still have the bug. It’s just not happening on every TextView, just one specific one. It’s really hard to debug, but I finally found what was causing it. At the end of my .ux page, I have these lines:

If I delete the Change, the bug disappears. I need this node, as this is how I navigate between different pages. I don’t see any easy workaround, but maybe you get an idea of the root cause?

I’ve bumped this internally as I’m seeing a similar issue on the latest version. For me I can select but only after the device has rotated once. Sounds nasty.

Were on it though

What device is this failing on? I can select text without problems at first try and also after reloads. 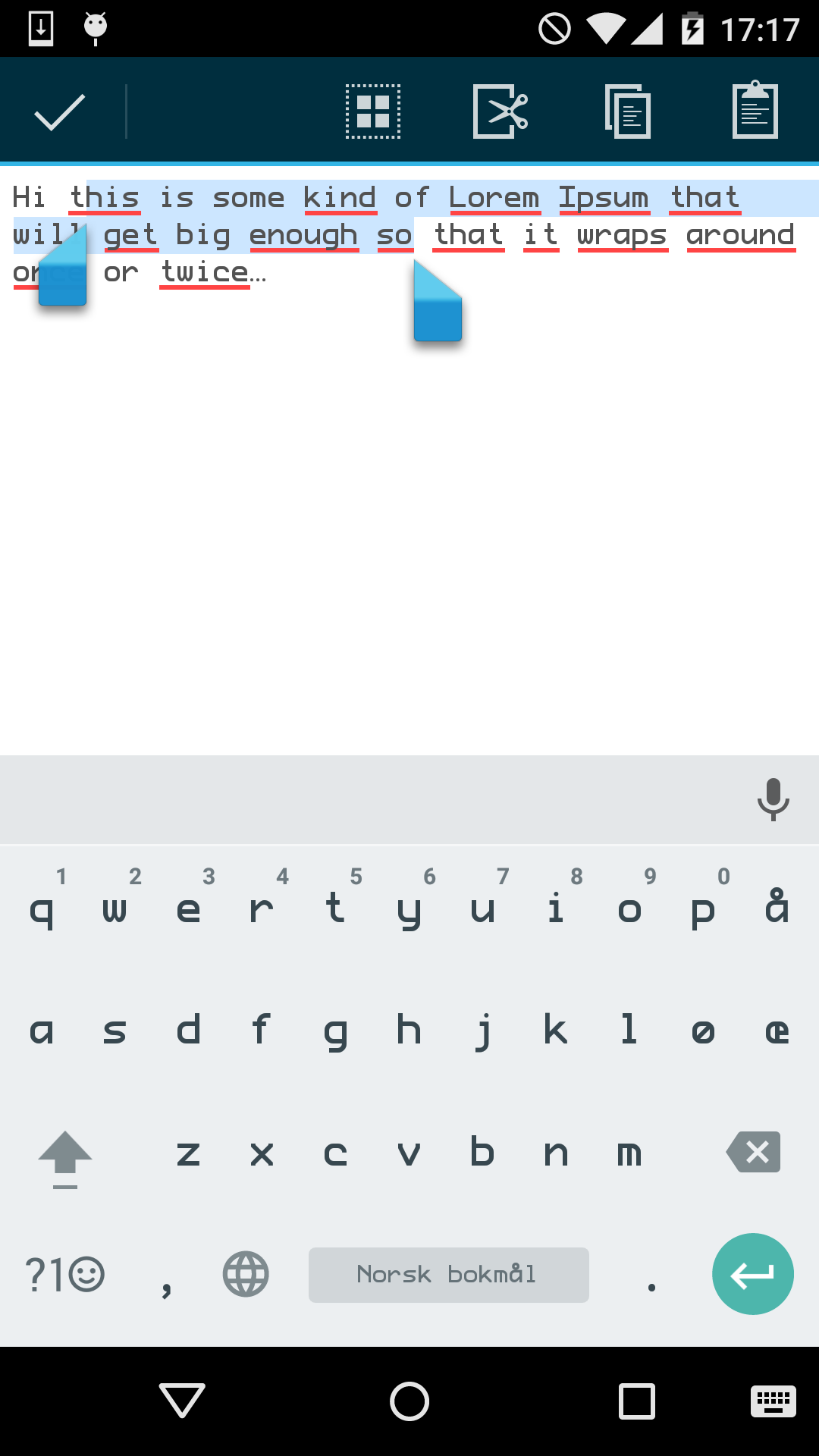 Nexus 5. Same behavior as Chris though: if I rotate the device, it works (and if I rotate it back to initial position, it’s fixed). 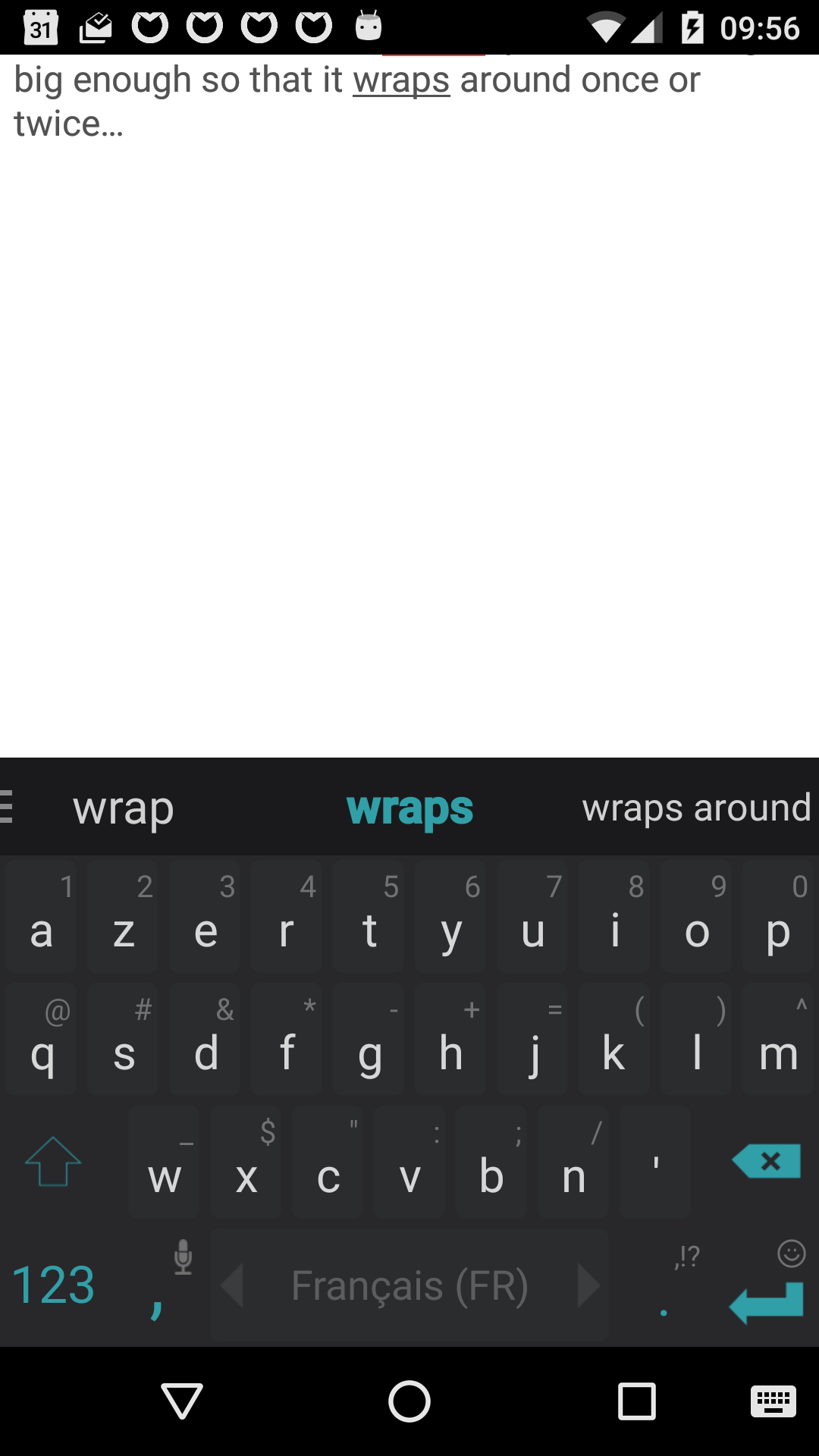 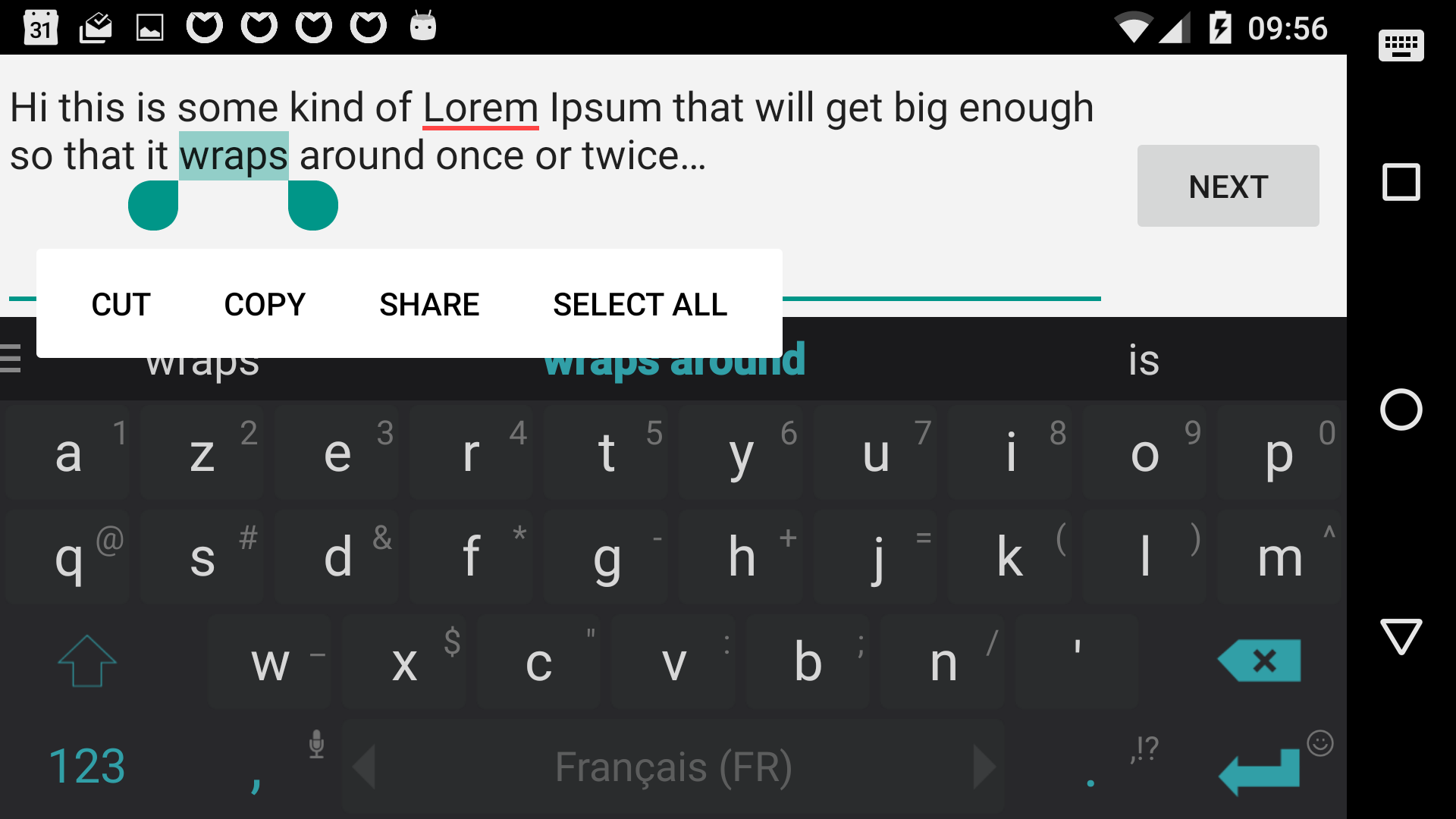 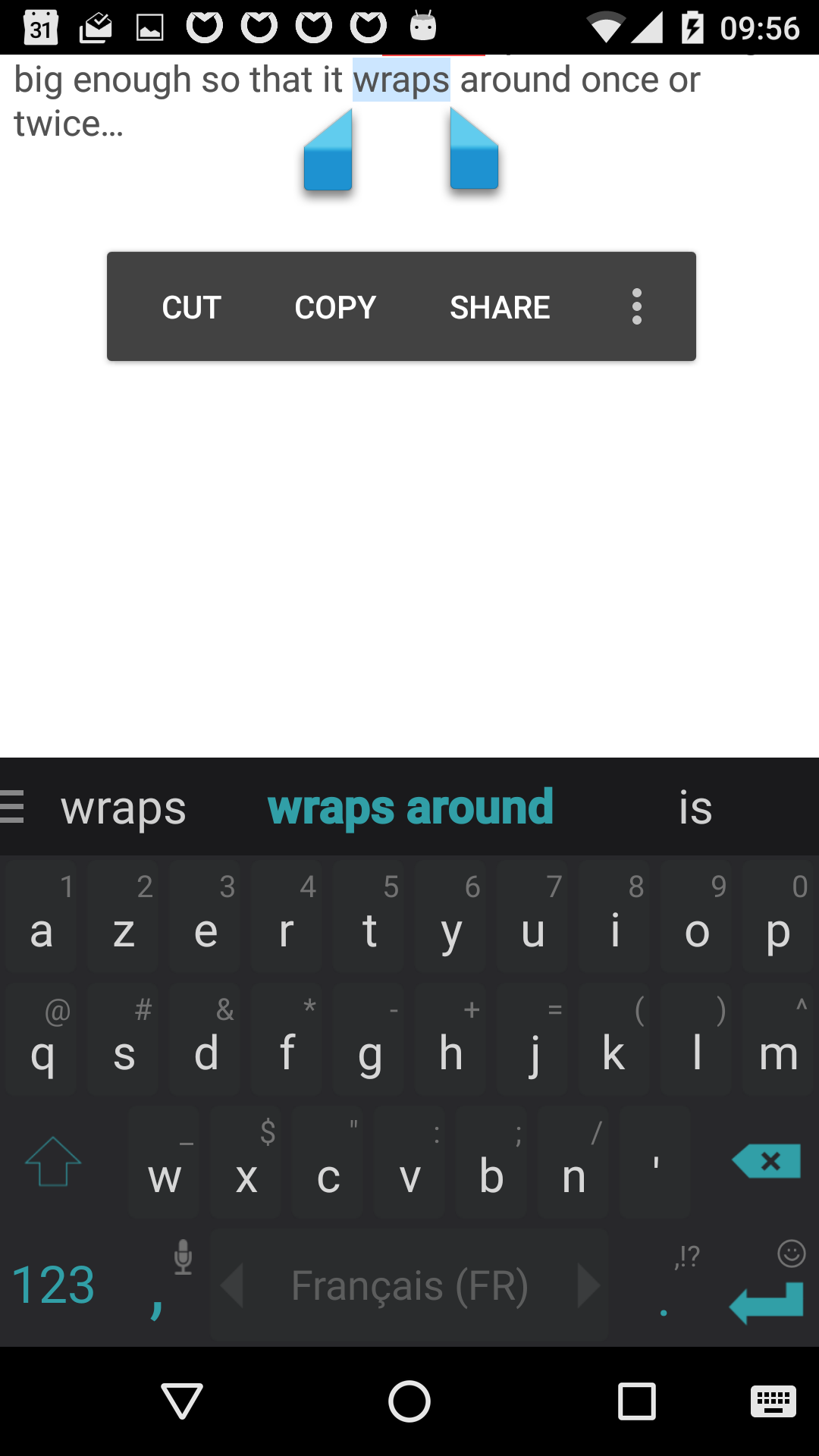 Hmm, this is very strange. My first test was on my Nexus 5, and there it works. I just tested on a Nexus 9 tablet, and there the bug does trigger as described. Kinda feels like something weird is going on in Android. Changing Second.Visibility="Collapsed" to Second.Visibility="Hidden" makes it work. You can use that as a fix in the meantime, it might take some time to track down the bug here.